Skip to content
EntertainmentLeave a Comment on #BBNaija: Kiki Osinbajo responds to IG user who criticized her for campaigning for Seyi

Daughter of Vice President, Yemi Osinbajo, Kiki had a response for an Instagram user who’d criticized her for campaigning for her cousin, Big Brother Naija’s, Seyi Awolowo. 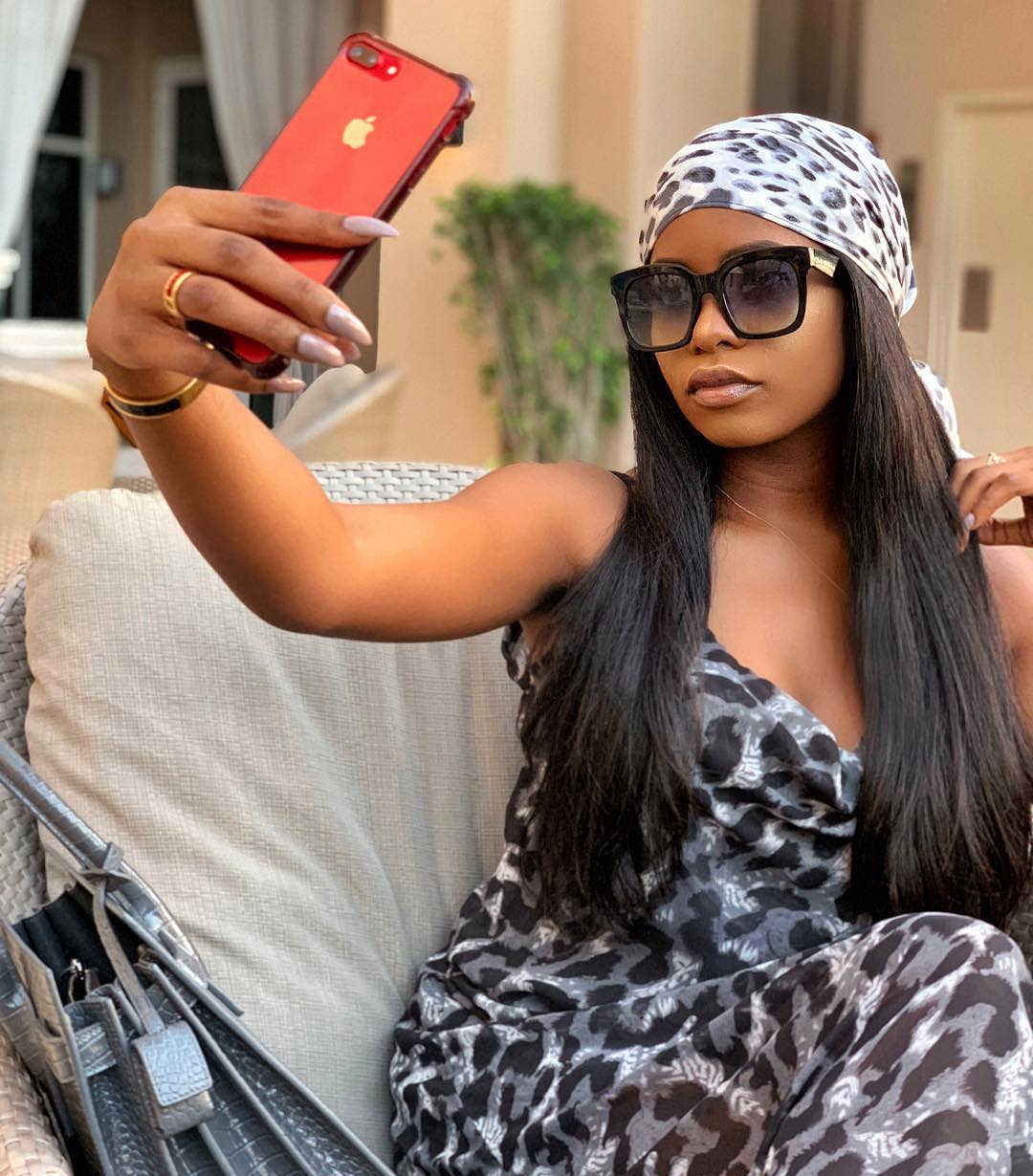 The beauty entrepreneur had taken to her IG page to ask her followers to vote for Seyi to emerge winner of the Big Brother Naija season 4 reality show.

A follower then replied,

“The rich voting for the rich.”

To which Kiki replied sarcastically,

“yeah voting for my cousin. I hope that’s ok by you.” She also added an eye roll emoji. 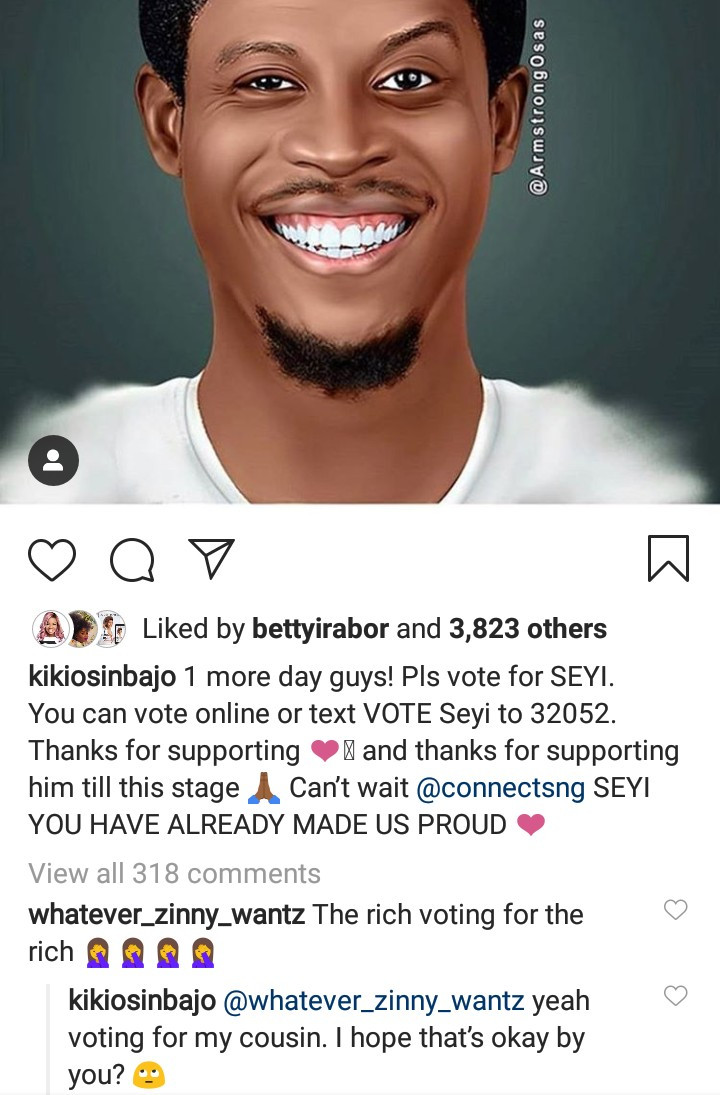 Earlier this year, she dropped a disclaimer, just in case, some feel the way she thinks they feel – according to her, she’s not as short as she looks in photos.