Comedian, Bovi always have a legendary indirect way of expressing himself when it comes to trolling. He displayed that exceptional skill  in his reaction to High court’s judgement on Busola Dakolo’s rape case with Biodun Fatoyinbo.

We reported yesterday that an Abuja federal High Court has exonerated  COZA pastor, Biodun Fatoyinbo. Busola Dakolo on the other hand was  fined for 1 million Naira, because she had wasted the court’s time.

Bovi threw an indirect shade at Fatoyinbo, which showed that he is in support of Timi Dakolo’s wife, Busola. 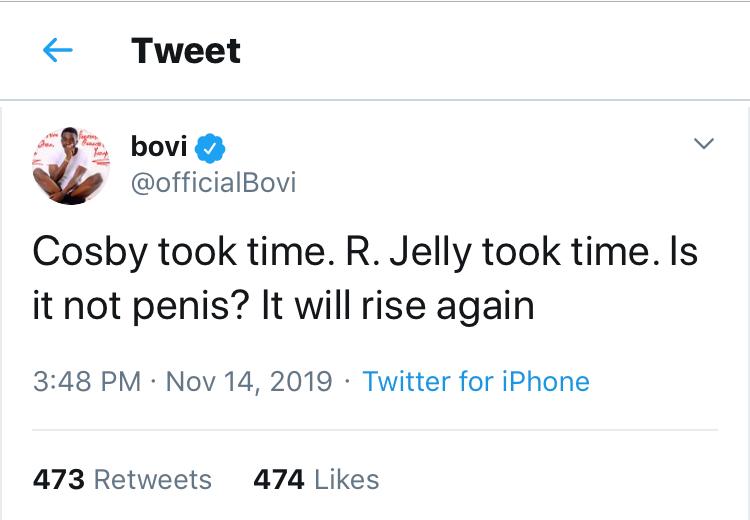 In a more comprehensive statement, what Bovi meant in his tweet is that though it took a while for the law to catch up with Cosby and Rkelly but eventually, there sins have caught up with them. In that end, if Pastor Fatoyinbo is guilty, the law will eventually catch up with him.