Its is going hot today on social media as Tacha‘s fans are currently at war with the son of investigative  journalist, Kemi Olunloyo.

It all began when Tacha’s fan posted on social media that it is unimaginable that Kemi Olunloyo has children that she is raising. She further described the controversial journalist as a madwoman.

in view of this, her son replied the troll, he stated that she is not raising them because they are already adults. 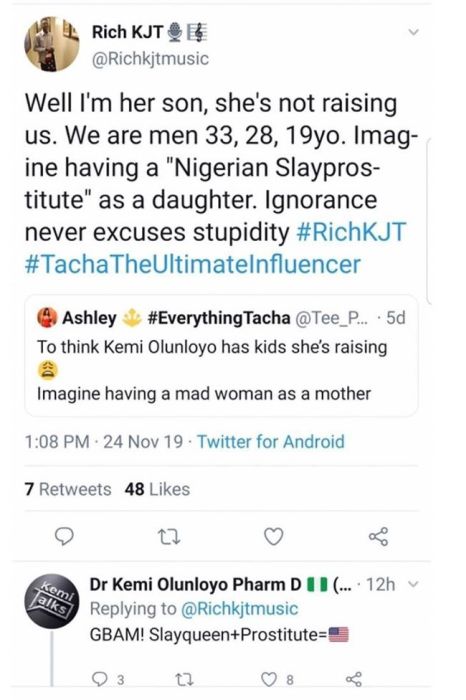 The part that got titans on the wrong side was when he described Tacha as  ‘Nigerian slay prostitute’ and suddenly, hell broke loose on him.

See their exchange below:- 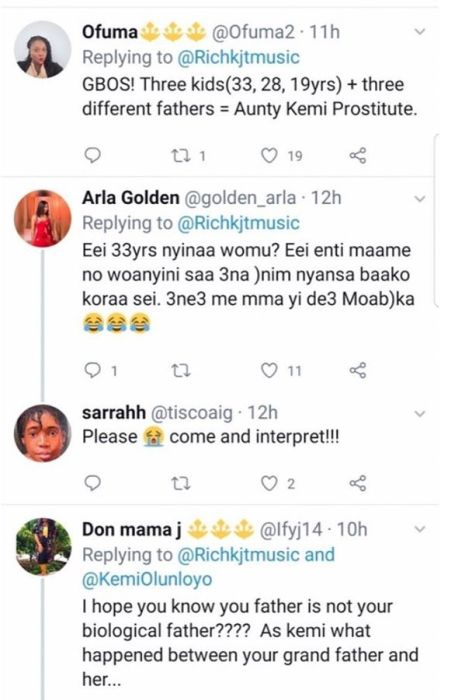 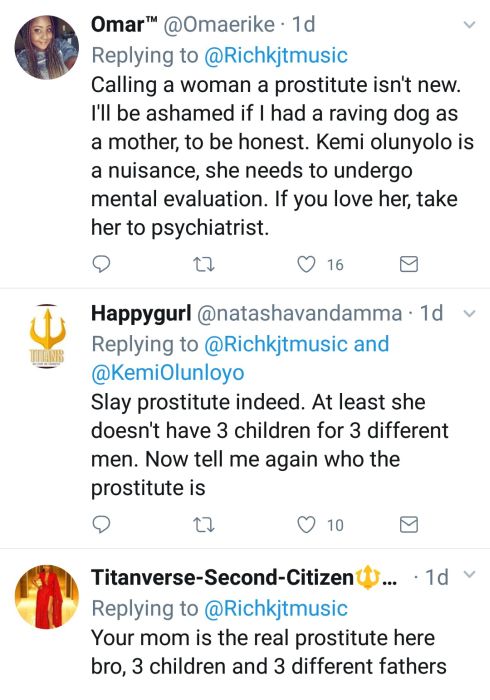