Nigerian singer Wizkid, has slammed popular blogger Linda Ikeji, on social media after the latter called him out over the COZA issue.

Recall that Wizkid earlier blasted Nigerian Pastor Biodun Fatoyinbo over his doctored video which portrayed that he has done an advertisement for an upcoming programme scheduled to take place in Commonwealth Of Zion Assembly (COZA). To this end, Wizkid fired the pastor, calling him fake and asking the god of Ogun to kill him.

Linda consequently blasted Wizkid by telling him that he has no right to say someone is fake, and he has to remove the dirt from his eyes first before trying to remove someone’s own.

Reacting, Wizkid went straight under her post to launch his counterattack. 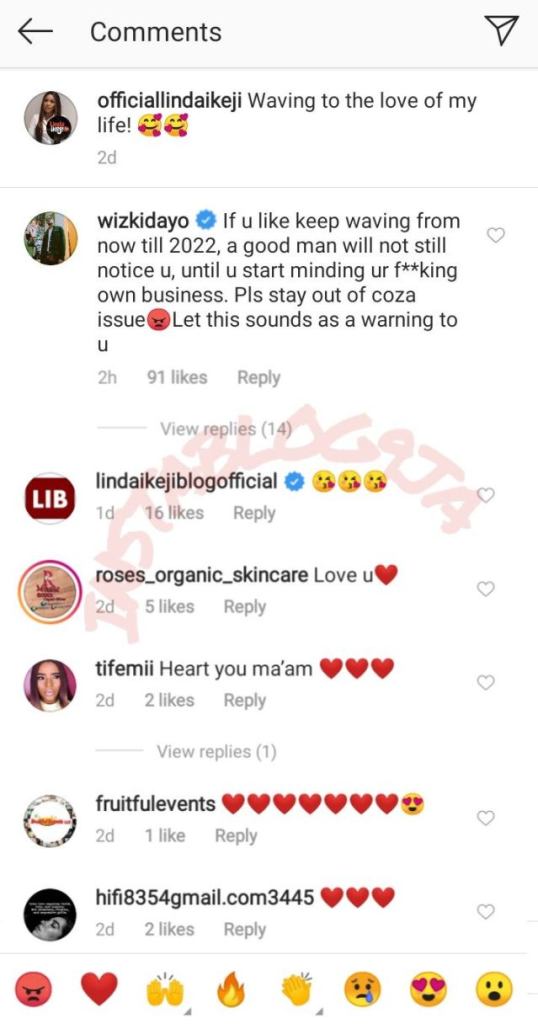